The news of author Pat Conroy’s death just yesterday evening (March 4, 2016), has wrecked me. Pancreatic cancer took him from us at the age of 70. To feel such a connection to a man I’ve never met, never looked in the eye or shook hands with is surreal. As we take in the tragic loss of one of the greatest writers to ever grace this earth, that feeling of closeness and sense of shared place is exactly what so many of Conroy’s fans are experiencing.  Last night as I read the announcement of his passing, my husband, seeing my shock and devastation said, “But you didn’t even know him?” Oh, but I did. I knew him through his books. Those who’ve never read his books will not understand this heartache. Those who have, mourn with me.

On this blog, I have often talked about Conroy—how could I not after he’s had such an influence on my life? A master of the English language, never has there been another wordsmith who has commanded words so powerful and moving to inspire me. Of his notorious books, I’ve read “The Lords of Discipline,” “Beach Music,” “South of Broad” and “My Losing Season.” He may have written “The Great Santini” about his father, but it is Pat Conroy who is truly great. Like so many others will testify, he has made me a better writer and an avid reader. Over the years, his authenticity, raw emotion and transparency on the pages of each of novel have drawn thousands of people in and impacted lives all over the world. Conroy and I share a love of food, the Lowcountry and writing. I read his books to learn and to study the art of truly great prose, and along the way found myself entertained, overjoyed and distraught with hunger for more as a I turned the final page.

I once checked out of the library and cooked from “The Pat Conroy Cookbook.” As I wrote when I first tasted one of his recipes, his crab cakes remain The Best Crab Cakes in the World for me. The subject of food was a sacred one to Conroy. In the first chapter of his cookbook, he explains his appreciation for good food:

“My passion for eating springs from a childhood not deprived of food, but deprived of good food. My mother thought cooking was a kind of slave labor that involved women having too many children. She looked upon food as a sure way to keep her family alive, and it did not occur to her until late in life that one could approach a kitchen with the same intensity as an artist nearing a canvas…” He goes on to include, “But even my mother could not grow up in the South without accruing several specialties that she could render with casual mastery. She made corn bread that could not be improved upon. I can still smell her apple and peach pies cooling on the windowsills of our house on Spencer Avenue in New Bern, North Carolina. Her lemon bisque made her famous in whatever neighborhood we settled in during my much-traveled boyhood.”

For Christmas just this past season, I was gifted the last autographed copy of the cookbook from a local bookstore in the Lowcountry. With tears streaming down my face at the realization he had taken his last breath, I ran my fingers over Conroy’s signature and grasped the book close to my heart. If his collection of recipes and stories were a treasure before, they are surely a masterpiece now. 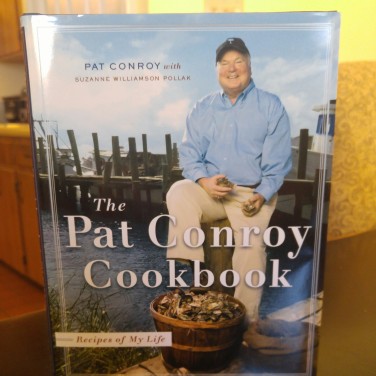 In a 1986 interview with an NPR news reporter, Conroy talks about finding his home in the South.

“I’m a military brat. My father was a Marine Corps fighter pilot from Chicago, Ill. I did not live in Southern towns, I lived on bases. I was a Roman Catholic, which is the strangest thing you can be in the South….when people refer to me as a Southerner… I liked it because I never had a home. It was the first name that was ever associated with me that put me in a place.”

If I could talk to Pat now, I would thank him for choosing to make his home in the South. I would tell him we claim him with great pride. We consider it a privilege that he chose the Southern Seacoast to call home. I smile knowing he died surrounded by friends and family in his beloved Beaufort, South Carolina. Rest in peace, brother. Thank you for leaving us with words that will endure eternally and with poetic prose for the ages. Your contribution to this world lives on in your legacy. 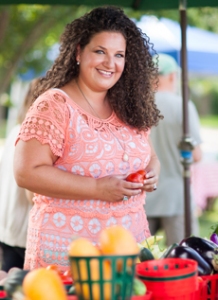